Rev. Michael A. Russo was born in Newark, NJ and raised in Essex County, NJ. He graduated Class of 1963 from Seton Hall Prep and earned his BA in Communication and Master of Divinity from Seton Hall University and Seminary. He was ordained May 1971. He was Chair of Religious Studies at Seton Hall Prep. He earned his PhD in American Social and Political History from NYU and won the Bayard Still award in historical writing for his doctoral thesis.

In 1984, he accepted a teaching position at Saint Mary’s College in Moraga, Ca., where he became Chair of the Communication Department and Chair of the Academic Senate. While there, Fr. Mike performed his ministry at St. Monica Parish in Moraga and St. Perpetua Parish in Lafayette.

Fr. Mike had a long association with CBS news, which began in 1969 when he became desk assistant to Walter Cronkite on the First Moon Landing broadcast. He was an expert on Vatican and Papal events and in 1978 he began to do analysis on papal funerals and conclaves for CBS.

In 2015, Fr. Mike retired and settled in Monterey, Ca. He continued his ministry at the Santa Catalina Church and in 2017 became Chaplain of their Upper School.

In 2017, Fr. Mike founded Sunday To Sunday Productions, which showcases outstanding priests who give inspiring homilies to parishioners. So successful was this that Fr. Mike and the Sunday To Sunday team won an Emmy Award in 2020 for Best Interview and Discussion Program and earned a Gabriel Award, the highest honor given in the field of Catholic media.

Fr. Mike was a comforting presence to those in need. He was a creative force, a caring priest, and a loving person with an amazing vision for the church and the world. His impact on the lives of those who knew him will resonate far into the future. 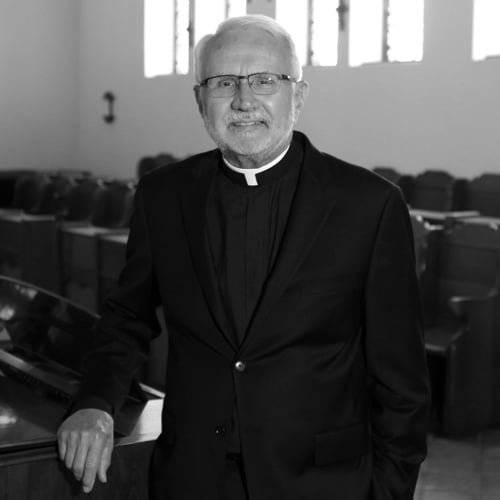