Rev Michael A. Russo 76, passed away peacefully, surrounded by family, August 10, 2022 after a sudden illness. He was predeceased by parents Henrietta (nee Iannaccone) and Joseph Russo, Sr.  He will be lovingly remembered by his brother Joseph and wife Anita, his sister Marian Russo Payne, his nieces and nephews, Leah, AJ, Philip, Bettina, Tim, William, Josephine, and Julian. He also leaves behind many loving cousins, friends, colleagues, parishioners, and so many others whose lives he touched.

Michael was born in Newark, New Jersey and grew up in Bloomfield and Essex Fells.  He was member of the class of 1963 at Seton Hall Preparatory School and earned his bachelor’s degree in communications from Seton Hall University as well as his master of divinity from Seton Hall’s Immaculate Conception Seminary.

In May of 1971, Mike was ordained a Catholic priest. From then on, he was known as Father Mike to his parishioners, students, and colleagues.  His calling to serve as a priest enhanced a full career in broadcasting, communications and education.

Father Mike had a love of history and politics, and he understood the value of education to enlighten and change the world. He went on to earn a Ph.D. in American Social and Political History from NYU, where his doctoral dissertation, “CBS News and the American Political Experience: A History of the CBS News Special Events and Election Units,” won the 1983 Bayrd Still Award in Historical Writing.  He was also proud of his Italian heritage. Fr. Mike explored and researched everything Roman and visited his Italian family in Monteverdi, Compagnia to gain first-hand knowledge of region’s wine, history, politics, and of course, the food.

His career as an educator began at Seton Hall where he taught Religion and Communication Studies, and served as chair of the department of Religious Studies. He relocated to the San Francisco Bay Area in California in the early 1980’s, where he was a popular professor of political communication at Saint Mary’s College.  During his tenure, he served as chair of the Communication Department, and chair of the Academic Senate.  As an instructor, Fr. Mike used mass media as a lens to understand the evolution of American society and the impact of popular media on humanity. He developed a series of courses in Political Communication, and brought exciting speakers to campus, hoping to inspire students to choose lives of meaningful participation in democratic processes.

Not only was Fr. Mike an expert on American politics, he was an authority on the Vatican and papal happenings as well. Thanks in part to a longtime association with CBS News, which began when he served as desk assistant to Walter Cronkite during his college years. He was called on by CBS to provide analysis at papal funerals and papal conclaves that select the new pope. Beginning with the death of Pope Paul VI in 1978 and the two subsequent conclaves that year, Fr. Mike provided expert analysis to a national and worldwide audience.  In 1987 when Pope John Paul II visited the United States, with stops in San Francisco and Monterey, Mike was assigned to the Papal plane, “Shepard One”, and traveled with His Holiness during his time in the United States.

Fr. Mike taught by example his entire life. Early in his pastoral career Fr. Mike was assigned to St. Aedan’s parish in Jersey City, a tough, inter-city parish. While at St. Aedan’s, Fr. Mike was affiliated with Jersey City Medical Center, the regional trauma center for the area.  That early assignment taught him a great deal about compassion; lessons he carried with him, and shared, throughout his life.

Fr. Mike celebrated great joy with many families, officiating at hundreds of weddings and countless baptisms over the years. He was a reassuring presence to those in need.

Even after retiring to Monterey, California in 2015 Fr. Mike did not remain idle. He served as a chaplain to the high school division of the Santa Catalina School and founded “Sunday to Sunday Productions,” a video platform and broadcast series which seeks to showcase outstanding priests who deliver inspiring homilies, interpreting the meaning of the gospels.  So successful was “Sunday to Sunday” that Fr. Mike and his team won an Emmy Award for Best Interview and Discussion Program in 2020, and earned a Gabriel Award, the highest honor given in the field of Catholic Media.

Fr. Mike was a creative force, a caring priest, a loving brother and uncle with an amazing vision for the church and the world.  His impact on the lives of those who knew him, will resonate far into the future. He will be greatly missed by all.

In lieu of flowers, the family asks to consider a donation in memory of Fr. Mike to:

Or a charity of your choice.

Additionally, memorial Masses to celebrate Mike’s life will be at St. Perpetua Church in Lafayette, CA on September 13th at 10:30am PST and San Carlos Cathedral in Monterey, CA on September 16th at 12 noon PST. 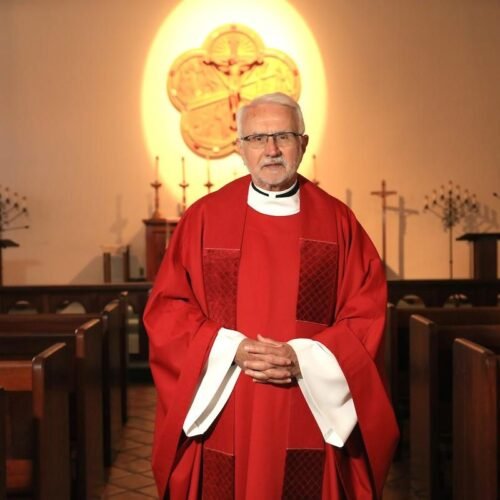 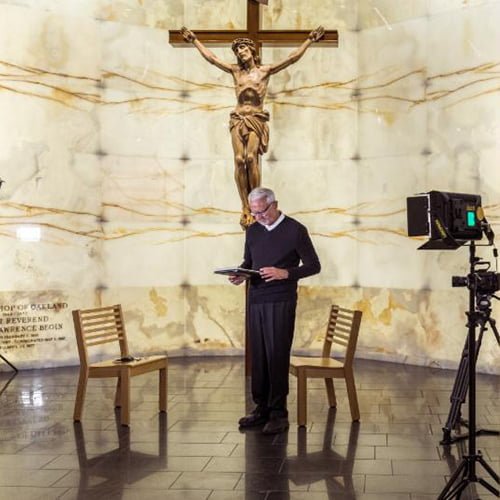 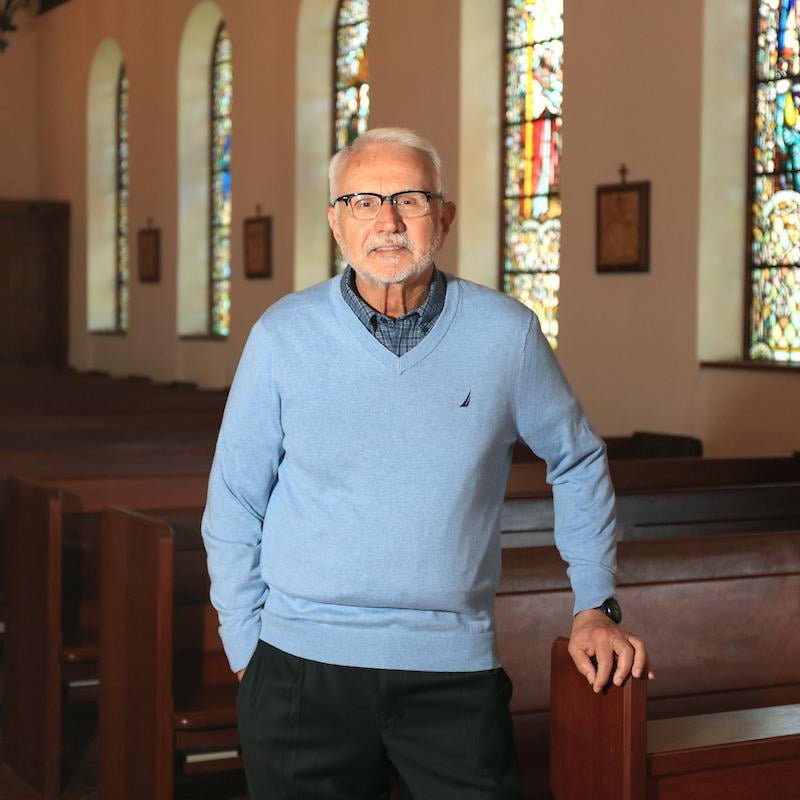